I have paddled (almost) every meter from where I started, in the Fraser River in Richmond (2010), up to where I’ve gotten so far, Bella Bella (2012). But I actually started this trip back in 2008 when I paddled the length of West Vancouver’s shores. Unfortunately I was sidelined by a completely preventable and unnecessary sports injury (nerve entrapment) in my leg for the two years between. Then in 2010, just before the trip officially started, I did the sections from Richmond to Vancouver, then Vancouver to Ambleside. And a few weeks after this, I started the trip for real.

The paddle along West Vancouver’s shores went the opposite direction, however, due to the prevailing winds. I headed east, since I really don’t like paddling into the wind if I don’t have to. One September day, the 26th to be precise, I loaded all my gear onto the 257 Horseshoe Bay Express bus (actually, the 246 first, then the 239, then the 257). People kept coming in and it got totally packed. My gear was up front but I got pushed to the back. The problem was I wanted to get off a few stops before the bus disgorges everyone else out at the end of the line at the ferries.

Somehow I got myself and my stuff off at the right stop, then lugged my gear the kilometer down to Copper Cove. I had dived here years earlier on a collecting trip for the aquarium, going down to 110 feet. I did get narced, but luckily I’m a paranoid narc, not a happy narc. 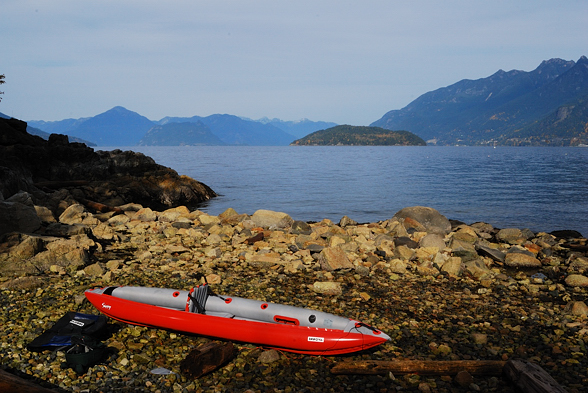 I put my boat together on the rocky beach and then launched. Looking north up Howe Sound. I went left. 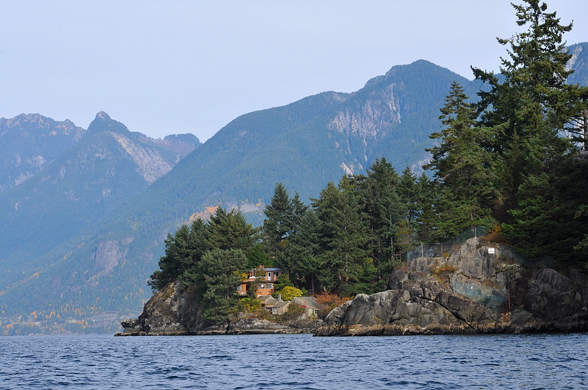 Rounding the points heading towards Whytecliffe Park, looking back up Howe Sound to where I came from. 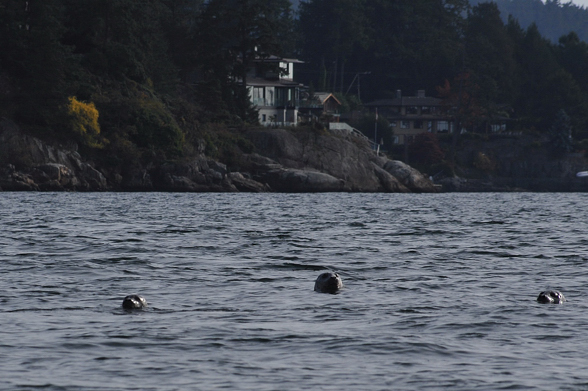 There was a pod of seals around Whytecliffe Park. 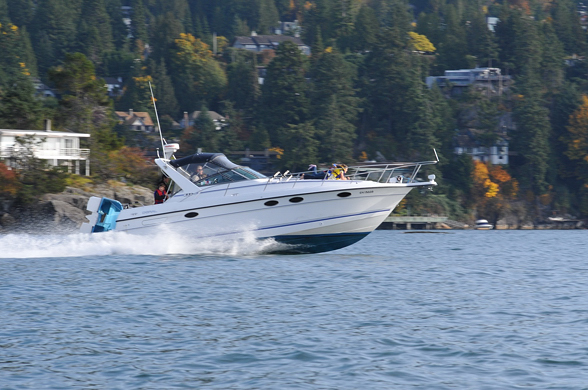 Racing out from Eagle Marine 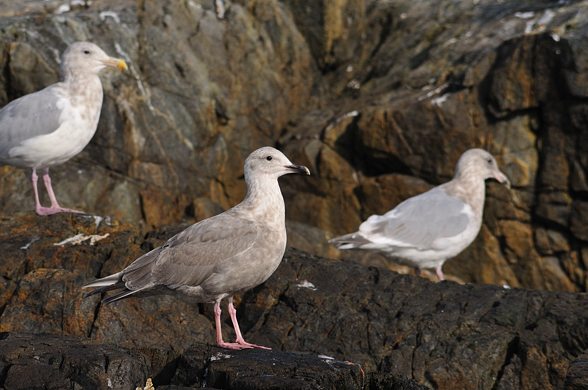 There was also a flock of seagulls hanging out on some intertidal rocks here. I had gotten my long lens only a year before and this was one of the first times I had used it in my bobbing kayak. Most shots were blurry. 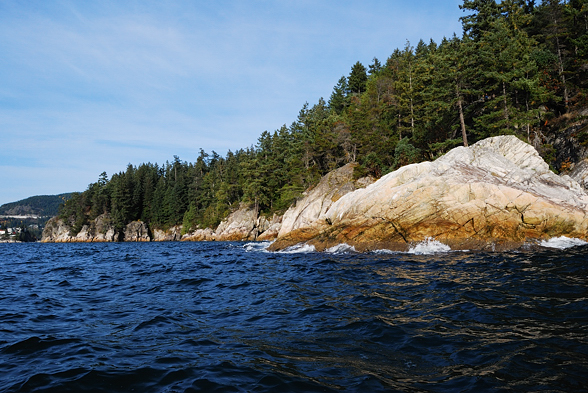 The winds were coming from behind me, from the west. When I went by Lighthouse Park it got quite choppy as they slammed against the west-facing vertical walls. 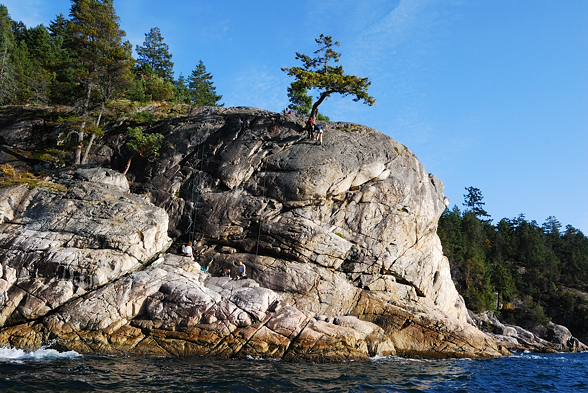 Looking the other direction. This is a popular place for climbers to practice. Look closely. 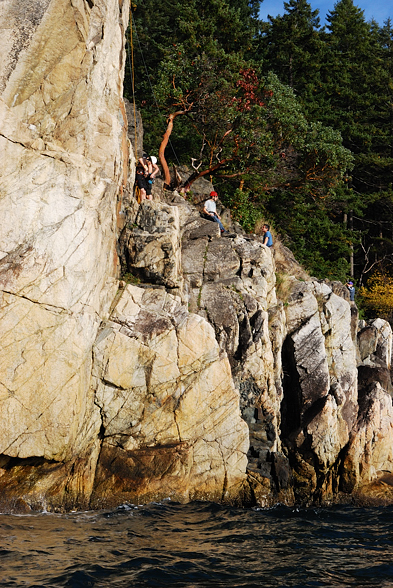 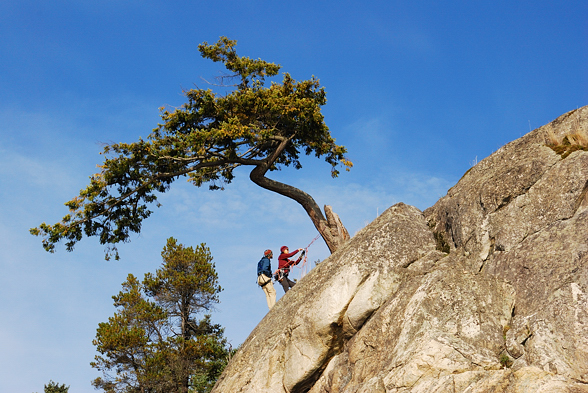 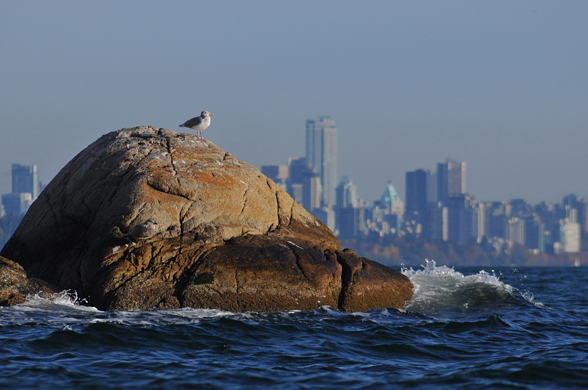 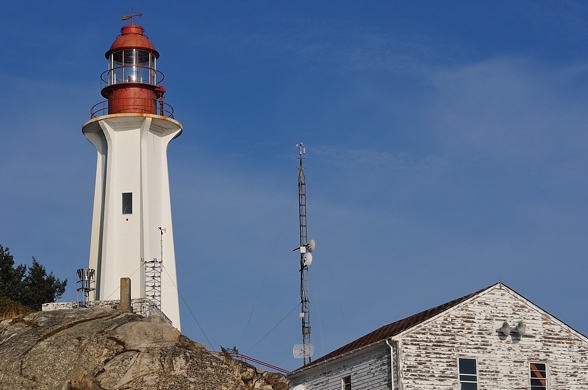 I continued along in front of all the waterfront houses. Eventually these made way to the public access sea wall and beaches. 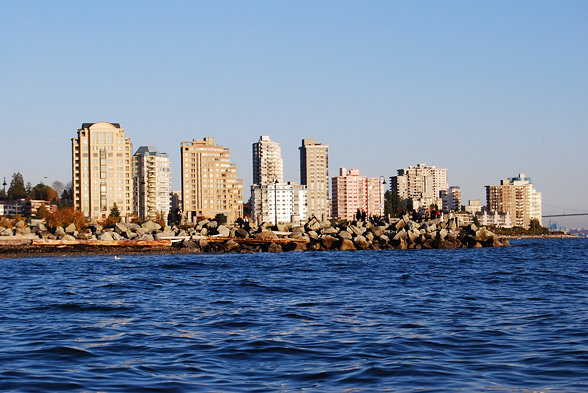 When done I pulled out and walked up to Marine Drive, and took the bus home. Not quite as exciting as some of my later adventures in the wilderness, but a day out in my kayak nonetheless! 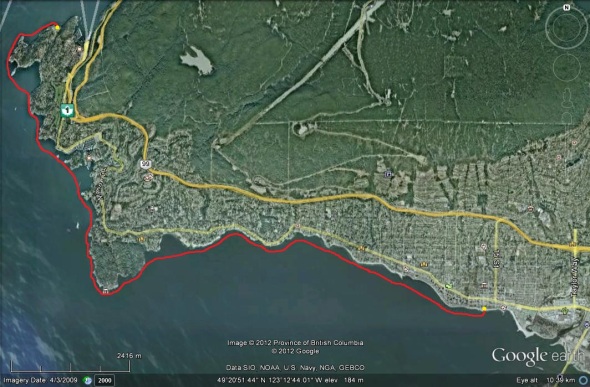 This entry was posted on December 27, 2012 by markbc. It was filed under Uncategorized .