After a couple days sitting in the laundry room for free power I finally managed to pull myself out of Telegraph Cove. I am a bit of an internet addict. My butt was getting sore from sitting so long, even after all my butt training in my kayak up to Telegraph Cove. I was stocked up with enough food to last me a few weeks, and I now had my hiking backpack in which I put my big yellow food bag. This would allow me to hike with my stuff in the backpack. When I got set up on the dock and ready to go sometime after lunch some people from Coquitlam (a suburb of Vancouver) up above on the boardwalk asked what I was doing and they were in somewhat disbelief. Oh well, I think I know what I’m doing. 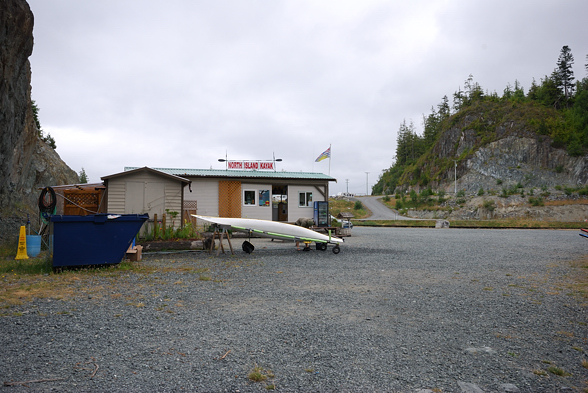 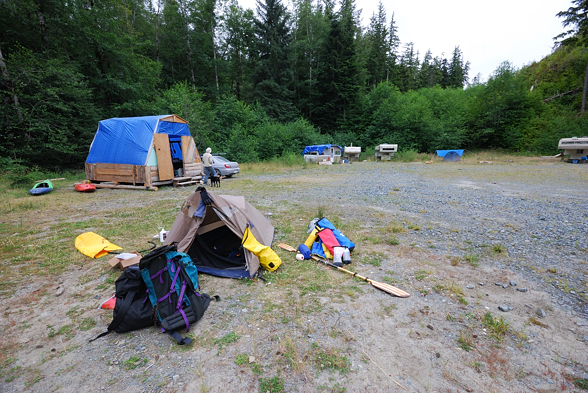 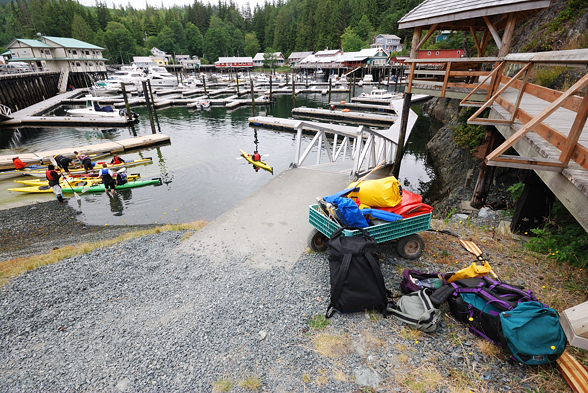 I began crossing Johnstone Strait on a fairly slack tide and almost immediately met a couple of other kayaks going north and I was on a collision course with one of them. Eventually she backed down and let me go. Whew, lucky, I made a remark about getting into a traffic jam way out here and she laughed. 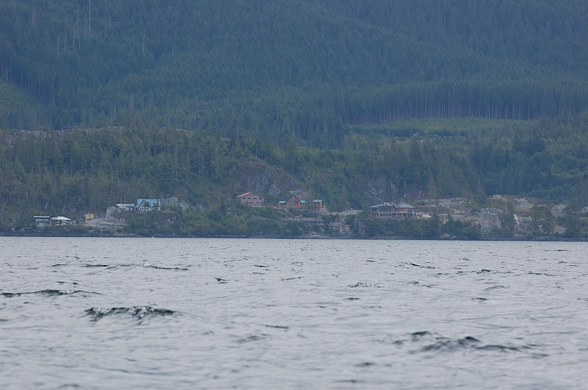 I saw my first rhinoceros auklet and got to the other side without much fanfare and came upon a bird rock. 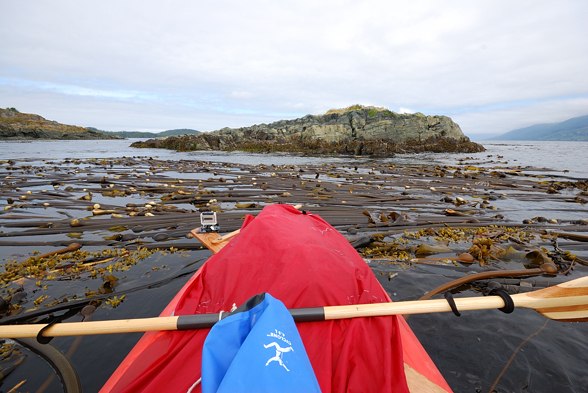 A bird islet across Johnstone Strait

There were a lot of birds on it, and some oystercatchers too. I wish I had my audio recorder going but I decided to make a mount for my video camera and audio recorder when I get to the next campsite and spend some time there, otherwise I’d never get it done while in town with all the distractions. I was sitting in  he kelp for a while while the currents whirled around. I eventually left and continued on my way to Hanson Island, and went past a big whale watching boat with someone giving a talk tot eh people on board. They were all looking out off the bow of the boat as it sat there and I guess I became part of the scenery. Right after that I got sucked towards Hanson Island by the currents, by a large group of gulls floating in the kelp. There were some other species of gulls there too. 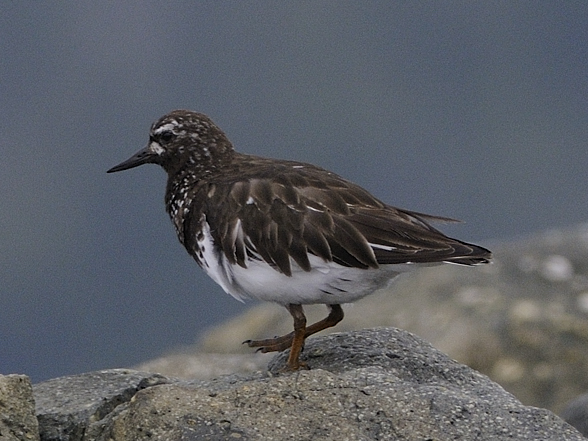 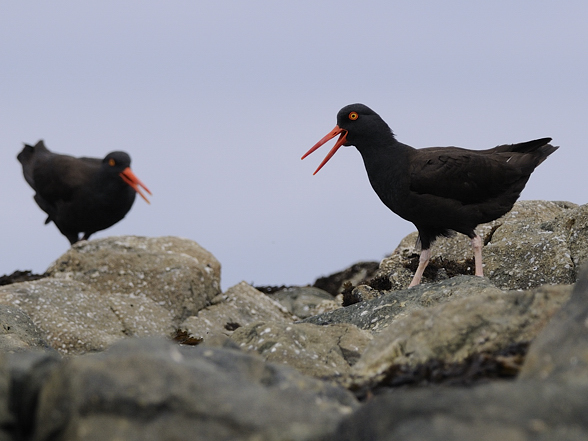 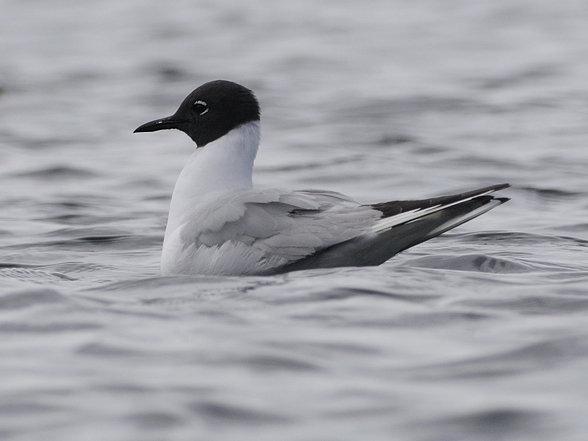 I found the same spot Brian and Maggie stayed at and this means they had cleared a nice tent spot. There was no water here. Earlier, Steve at North Island Kayak had advised people to carry several days’ worth of water because it was so dry and the little islands in the Broughton Archipelago aren’t big enough to have any sizeable waterways. I had a enough for two days. 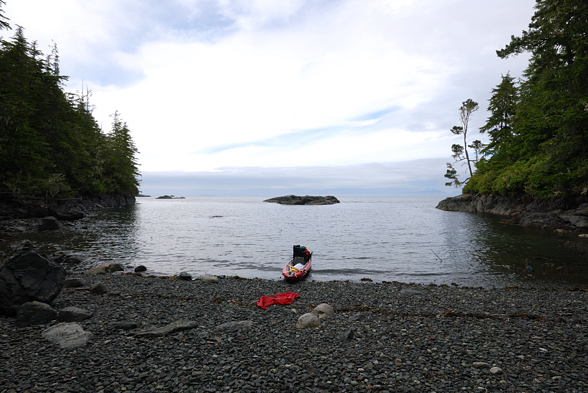 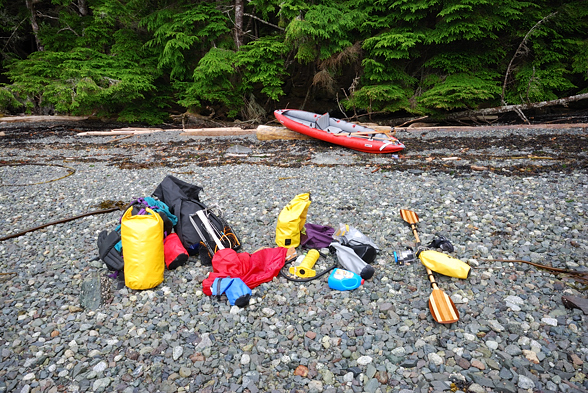 All my stuff at Hanson Island

Next day was going to be a construction day.

This entry was posted on September 3, 2010 by markbc. It was filed under Uncategorized .